Roberta, here we are… a reporter interviewing another reporter who produces taralli: how did you get it?

Unfulfilled expectations. I was a little disappointed by the life I was doing in the office, VAT number, twelve hours… I realized I couldn’t afford that anymore.

So you took a pause for thought.

I was very discouraged, I lost my desire, I lost my passion for the things I had studied. I moved to London for a few months. That moment was an important watershed for me. I found London useful because I worked there in an Italian restaurant like many young Italians do when they go abroad.

Are you good at cooking?

I had never actually cooked before in my life. I bet everything on the history of my family, on the figure of my mother and my grandmother and managed to be hired in a restaurant owned by two English guys, children of an Italian woman who emigrated to London after the Second World War. They called me the “cheffina”, I was in charge of appetizers and desserts.

What does London have to do with the idea of taralli?

In that restaurant and in that moment of my life I developed the desire to do something of my own. I told everyone the story of my family, the figure of grandmother Isabella, a story of the South made up of women from the South. Many of my colleagues, chefs, reminded me that I came from one of the most beautiful regions of Italy with an extraordinary heritage of flavors, asked
me what I was still doing there and encouraged me to come back.

And in fact you’re back in Apulia.

At a certain point the call of my land was stronger. At that time my boyfriend – today became my husband – had a permanent
job, I did not feel ready to ask him to leave everything and join me in another country.

And you’re back in communication…

Yes, I tried again. I worked in an agency, I was in charge of the brand reputation of accommodation facilities and other companies in the food and beverage sector. After a year in the office, I closed the VAT and made the point
about my life again.

However, you are still a member of the Order of Journalists and in London you made a video reportage, in other words, the soul of the journalist is still inside you.

You always carry your passions with you. I took part in the “Generazione reporter” competition organized by Michele Santoro and the Associazione Servizio Pubblico, and made a video reportage about young Italians in London, which also had a certain media coverage. I didn’t win but my work was filmed by Rai Community in the program “L’altra Italia” and on Fatto Quotidiano.

Your story resembles that of many  other young people forced to emigrate in search of a future. It would seem, however, that Puglia is not a country for young people…

It’s still difficult to live with journalism around here… I probably didn’t believe it enough or I was just tired. At a certain point you realize that you have reached a certain point, you want to be independent, maybe you want to start a family and then…nothing… I stopped again and I said to myself: let’s see what to do.

And that’s where Grandma comes in.

I started going to my parents’ and grandparents’ homes a little more. One day I was at home and I saw my grandmother Isabella preparing taralli together with my mother. Making focaccia, bread and taralli at home and then taking them to bakeries in towns is a very common tradition in our area. In that gesture that grandmother Isabella made with her hands I saw something. That stick that she formed with her hands to make taralli turned on a light bulb.

Was the choice to produce taralli immediate?

It was a decision that gradually matured within a few months. I can’t hide the fact that I didn’t know anything about taralli at the beginning. In 2014 I started to put my hands on the dough, study, do some research. I learned the recipe, then I travelled all over Italy through mills and oil mills. Although the tarallo is a typical product of Puglia, I realized that there is very little of craftsmanship left: in recent years, the production has become mostly industrial or semi-industrial. Homemade artisan taralli, like the one our grandmothers used to bring to village ovens, is a tradition that is being lost. This is how I started to wonder if I could fill this gap.

What was your first step?

I tried the path of regional funding for new entrepreneurship, but with negative results. In the end I asked for a hand to the one who would later become my husband: he had some savings and he helped me to face the investment. He was my “business angel” and after so much effort, sacrifice and years  of study we made it. In October 2016 weopened this lab.

A good story, no doubt. But for other young people it doesn’t have to sound very encouraging that access to credit is still so difficult and that all you could count on was your husband’s savings.

I was excluded because having two degrees in disciplines related to communication and my previous career path were judged incompatible with the new business I wanted to start. A meaningless thing: so don’t call them financing for the “new entrepreneurship”, call them financing for the generational change! I do not like to complain or generalize, but let’s say that access to these funds depends on the right knowledge. It’s not the usual rhetoric and it’s not always like that… but it’s still like that. And it’s true because then I was told that if I found the right contact, the right consultant, there could also be a plan B for me.

Your tarallo is the only one in Puglia that has been mentioned in the online magazine of the Gambero Rosso: a nice revenge. What’s special about it?

The raw materials are all traced: the label says where the oil and the flour come from. I use a flour produced in Piemonte without chemical additives, which has a shelf life of just six months. The oil we use is an unmixed extra virgin olive oil. The dehydrated onion that is normally used in industrial taralli comes from Iran or Iraq, it is very similar to our red onion, but you immediately
realize that it is not Italian because it smells and is not very digestible. Here, instead, we use onions from Acquaviva, which is a Slow Food protection: from ten kilos of onions we obtain just 900 grams of dehydrated product. They are all uneconomic choices, but we believe in it, it must be so because we know that my nephew and I will eat it. And then it has double cooking: first it is boiled like the one our grandmothers used to do on the stove with the callara, then it is dried and the next day it is baked in the oven to become crispy. On the contrary, in industrial production they have replaced boiling with cooling, but chemically and
physically it’s completely different and you lose the crunch.

What did Grandma tell you?

She’s my testimonial, and she’s also well-known on Instagram.

Actually, it wasn’t easy. At first I couldn’t tell my family what I had in mind. They told me I was crazy: two degrees, journalist, an experience in the office… in the collective imagination it’s hard to accept the idea that when they ask you what you do in life you answer you’re making taralli. Today, however, my father, my mother, my in-laws have become my main supporters: if I still stand after all the beating I took, it is because I have a family that supports me.

How many taralli do you produce on average each year?

Here we don’t work so much on numbers but on quality. Even if the market is full of taralli, ours represent a niche product. We are not in large distribution, but rather we prefer to be present in small shops, in wine shops, in small restaurants, where there is a conscious consumer willing to spend a little more.

How much do your taralli cost?

If you find bulk taralli at the local market even at 4 euros per kilo, here with us a kilo of taralli for the final consumer costs no less than 10 euros. And it is very little if you consider the quality and traceability of the raw materials we use, the artisan preparation, double cooking and so on.

In the Apulia of wines and olive oil of the highest quality there is also room for the high range taralli?

I didn’t im agine how hard that was.Although Apulia is experiencing a rebirth with a more inclusive territory than in the past, there is still a major cultural battle to be fought on food issues. If a bottle of high-end wine or a particular cured meat today has a recognizable and accepted value, the tarallo is still considered a low-level product.

How much has your experience in the world of communication helped you?

In just two and a half years I have managed from nothing to consolidate an image of my brand comparable to that which other companies in the sector have built in twenty years. I told a story that is centered on my family and I managed to make it well known. This is thanks to my network, the work I did before and the use of social media.

Do you think that craftsmanship can be combined with growth? How do you see yourself in some years?

That’s a good question… I hope to stay here, after all we are not trees: yes we have the roots, this is the land I love, I believe very much in its high potential, but unfortunately there is still a system and a mentality that must be fought.

What are you talking about?

Here in the South it’s not easy being a woman and doing business. Basically, it is still a very masculine system. If you are
a woman then you have to make yourself known and fight before you can have any credibility.

It seems a bit vague, give me an example.

The advisor who makes you a sexual joke is part of a legacy that still persists.

You just baked a line of taralli designed together with a brewer friend, what other plans do you have for the near future?

This workshop is located between the Murgia and the sea, I would like to work more on reception. We have already created workshops for children, now I would like to be able to welcome tourists through tasting and sensory paths. I’m thinking of a workshop with a small experiential showroom.

From precarious journalist to entrepreneur, in the meantime you can say  that you have made it and it is already a good satisfaction.

I never say I did it because when you think that everything is going perfectly then maybe the blow comes. We are the only producers of taralli in the Gambero Rosso guide dedicated to Puglia, this is in fact a great satisfaction. The best satisfaction remains the sense of freedom: not having bosses, being able to decide what to do in the morning. Knowing that if I’m doing the wrong thing the responsibility is mine, if I’m doing a good thing the credit is mine. 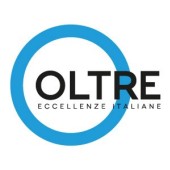